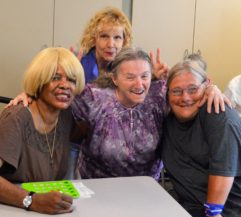 At West Side Community House's Healthy Aging Center, our mission is to promote healthy aging and link people with resources so they may continue to lead happy, rewarding and fulfilling lives in the community.

Parking available in front lot, in a free city lot on the south side of Lorain Avenue across from our building, and along South Marginal Road. Free van transportation for area residents. 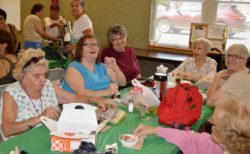 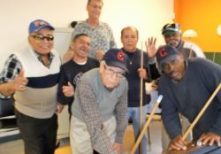 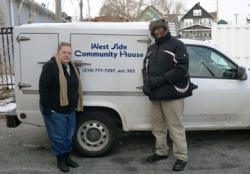 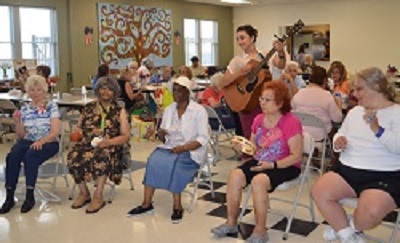 When Helen first walked through the doors at West Side Community House she announced, “I’m looking for something to do!”

She quickly became a familiar face in the Healthy Aging Center.  She began riding our van here and enjoying a variety of activities at the center.  Helen regularly participates in exercise and nutrition classes and plays Bingo.  She quickly built friendships, and her favorite part of the day became sharing meals and talking with friends.  Late last year, Helen came into the Healthy Aging Center office visibly upset.  After living independently in CMHA housing for many years, she had moved in with her daughter to help her out.  She quickly found herself in an unhappy and unhealthy environment, living with not only her daughter, but also her grandchildren and great-grandchildren.  She confided to our staff that her daughter was mistreating her.  She was crying, and Helen never cries.

With the help of the West Side Community House Healthy Aging Center staff, Helen started applying for apartments.  After leaving CMHA, she no longer had that as an option, so we helped her apply to many different senior apartments.  The most important thing to Helen was that she wanted to live where the West Side Community House van could still pick her up and bring her to the Healthy Aging Center.  She was thrilled to get accepted into an apartment within our transportation area.  Helen has been in her new apartment for about 6 months now, and she is happy.  Her daughter helped her move, and she is enjoying her independence once again.  Now that Helen is much more content and at peace, she brings that positive energy to the Healthy Aging Center each day.